Dory (Spear) Handling, a skill at arms that needs to be mastered for a hoplite. 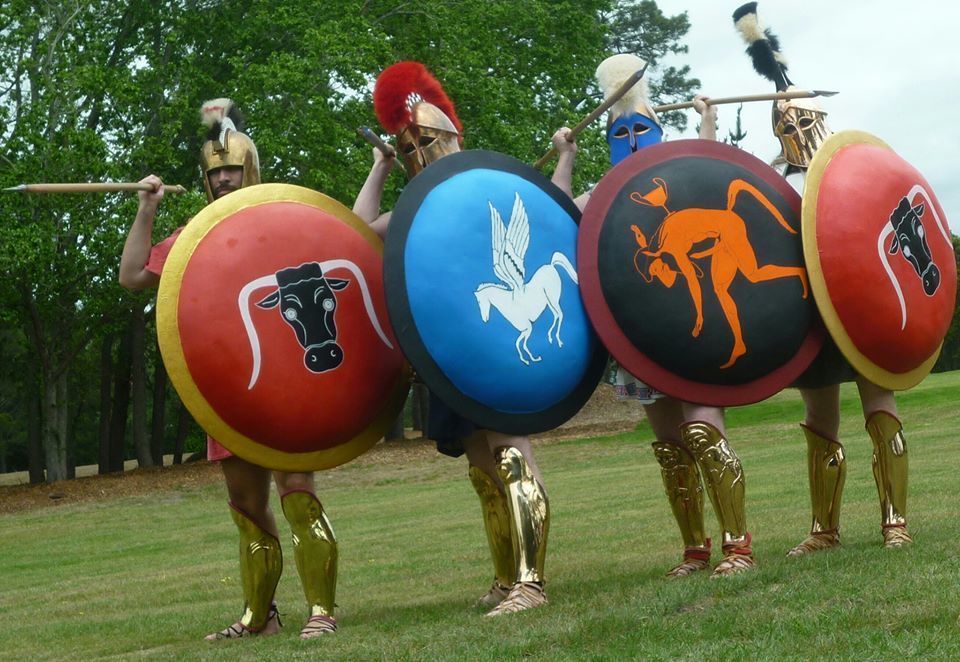 Greek War Memorial in the City of Liege, Belgium. Greece, France, Spain and Italy honoured for contribution to the 'Great World War' 1914-1918.

Dory (Spear) Handling, a skill at arms that needs to be mastered for a hoplite. TROPAION , Monument to the battle of Marathon 490 BCE. Here at this spot, was the turning point of the battle. The Persians broke ranks and were routed by the Athenians and Plataeans, a Greek victory ! Graig and Cherilyn at the 'Tropaion' (trophy) at Marathon Greece 2011. XENOPHON's 'KYNEGETIKOS' (On Hunting)
KUNHGETIKOS
From; KUNHGEW  "I Hunt"
Is a treatise by Xenophon - Philosopher and Military Leader, Hunting Xenophon claims,
"Are the means by which men become good in war and all things out of which must
come excellence in thought and word and deed". Xenophon writes, "For men who are sound in body and mind may always stand on the threshold of success". Xenophon concludes, "For all men who have loved hunting have been good: and not men only, but those women also to whom goddess Artemis has given this blessing, Atalanta, Procris and others like them". 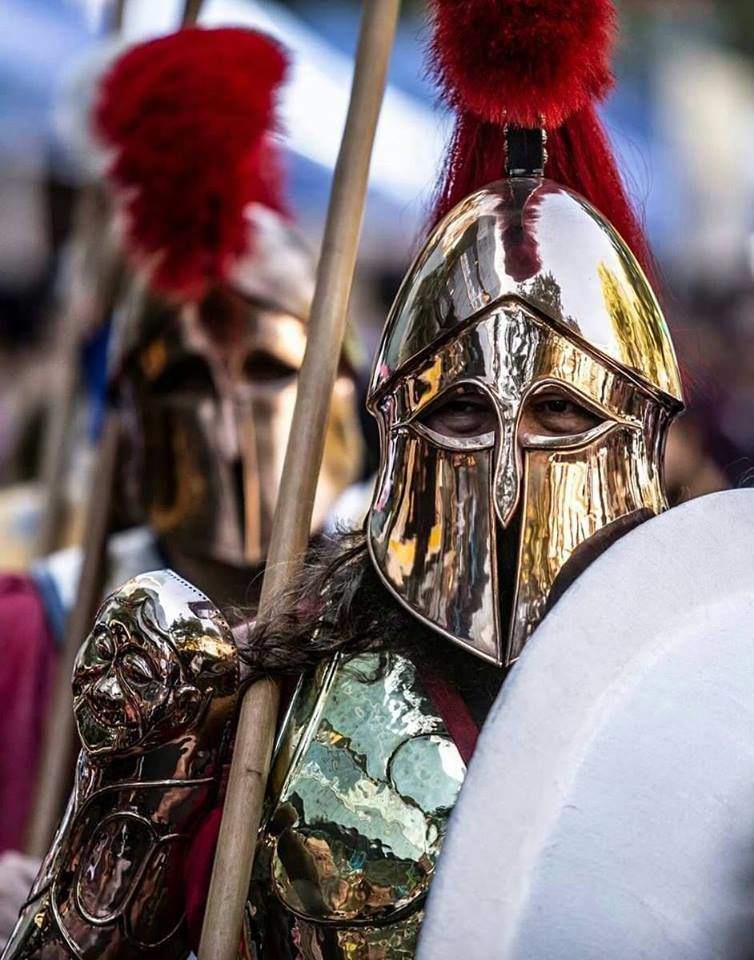 PARTHENOPAIOS   ParqenopaioV - "Seemingly Virginal" (Parthenopaeus), one of the Seven Protagonist's against Thebes, is the third play in an Oedipus-themed trilogy produced by Aeschylus in 467 BCE. A Native of Arcadia, described as young & outstandingly good-looking, but at the same time arrogant, ruthless & over-confident. Son of Atalanta, He was killed by Periclymenus by heaving a load of stones on his head at the Electran Gate. Upon his shield he weilded the Flesh Eating Sphinx. Nowhere else, for example, would the figure of the Sphinx be such a threatening insult to the Citizens of Thebes.

The Greeks usually refferred to the Hoplite shield as "Aspis"( Aspida - ASPIDA), rarely as the Hoplon;  Thus controversy rages over the etymology of the word Hoplite itself. The term may be derived from the plural  "Hopla"   (Armament).  Rather than the singular Hoplon. 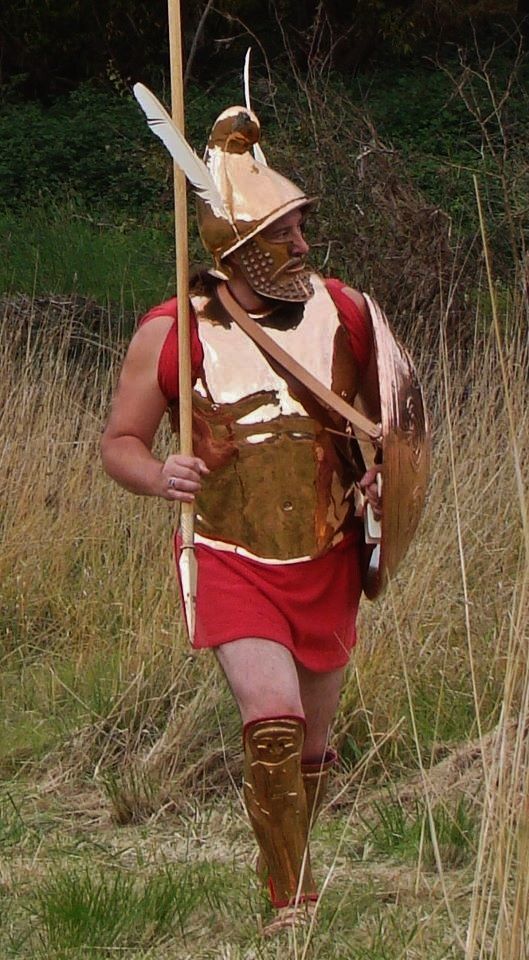 'Spartoi' Greek Shield Device of Boeotia with  leather apron,  the evil eyes are related to the 1st 'Sacred War' of the 'battle of Kirrha' 585 B.C.